learn the bagpipes with the hawick pipes and drums

Great start to the season coming a respectable 3rd in the first competition of the season at Dunbar. 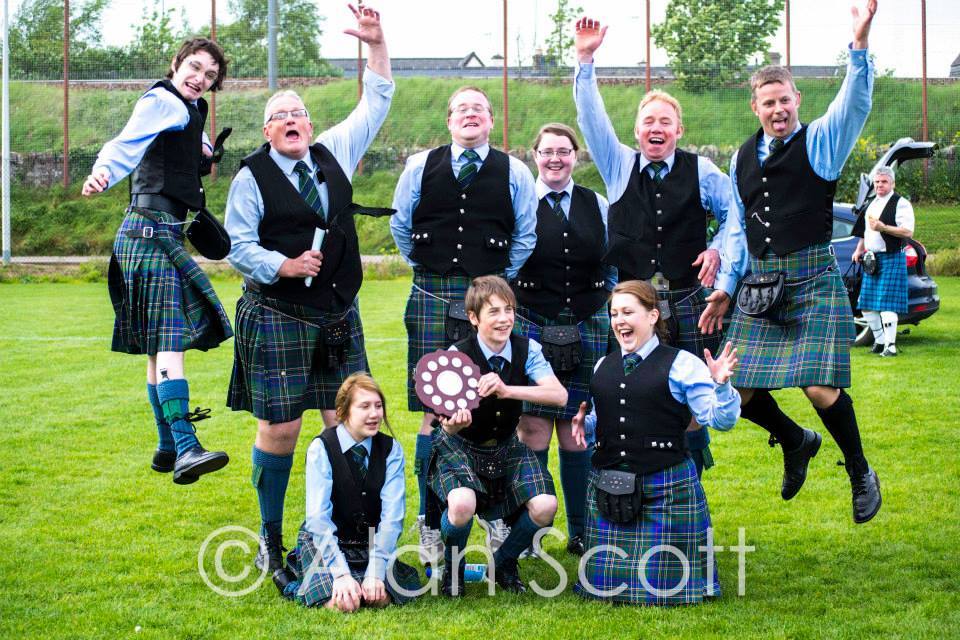 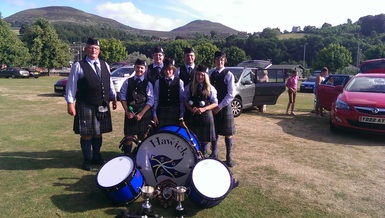 Some of the young pipers and drummers of Hawick who took  part at Melrose as a late entry with the absolute min number required to compete with which is  6 pipers as half the band are on their annual holidays and came away with the biggest hall of trophies so far in their first year on the competition circuit,  2nd in Grade 4, best Borders band, and a half share of a £100 prize for best band parading up the street, a joint effort with the very successful Scottish Borders Pipe Band who were grade 3 And grade 2 winners on the day.

P/M Allan Smth
In March 2013 Allan Smith took over the leadership of the Hawick Pipe Band for the second time from Pipe Major Cameron Renwick as he steps down after 15 years’ service to the band. Allan a  long
serving Hawick piper with over 40 years’experience   tutored by the late Robert Short MBE as
a boy in the Hawick Boys Brigade Pipe Band in 1970 then later by his son’s Bert and the late Roderick Short  A.K.A. Doddie, who suddenly passed away  on Dec 12 2010.   After moving to Glenrothes in Fife in 1980 he played with Bowhill and Seafield Colliery Grade 2, Cupar and District Grade 3 and Dysart and Dundonald Grade 1 and in 1984 became Grade 4 World Champion with Glenrothes and District and again in 2011 with the newly formed Scottish Borders Pipe Band Grade 4, In 1987 missing his family and friends Allan moved back to play with the Hawick Pipe Band bringing a wealth of experience from his 7 years in
Fife.

In 1991 taking a more active role with the Hawick pipe Band Allan started to teach a larger than usual intake of new learners for that year BruceCasswell, Colin Maxwell  David Millar to name just a few. In 1993 Allan had one year away from Hawick to play with grade1 Polkemmet Under  Pipe Major Davie Barnes who took the band to second place in the 1992 world championships, unfortunately polkemmet didn’t have the same success as the previous year and folded after Bathgate Highland Games, Allan finished the Remainder of that year playing with Peebles Ex-service Pipe Band Grade3.

1995-96  the Hawick Pipe Band  had 2 very successful years with Allan as Pipe Major and the very talented Scott Walsh now a tutor at Stuarts Melville School and ex grade 1 Shotts and Dykehead Caledonian as his leading drummer. 1997 both Allan and Scott moved to play with Newtongrange grade 2 for 4 years before Allan returned back to play with Hawick.   In 2010 due to a lack in number
Allan started to teach the Bagpipes to the young kids of Hawick to replenish the slowly depleting ranks of the Hawick Pipe Band by recruiting young and old turning no one away who wanted to learn on a Monday or Thursday night.  After 6 months David Millar a brilliant piper and former pupil of Allan’s Joint ranks to help the progress.

2011 saw big changes with a very strong drum core and not enough pipers to compete in the 2011 season the Hawick Pipe Band under
the leadership of Cameron Renwick made the decision to join forces with Stuart Robinson Pipe Major of the Stow Pipe Band  situated 25 miles north of Hawick who had similar problems but quite the opposite strong on pipers and thin on drummers , Hawick and Stow had been friend for over 30 years so it made perfect sense to join together and after a short meeting in a private locating in Galashiels it was agreed that  Stuart Robinson would take on the role as Pipe Major of  the new Scottish Borders Grade 4 Pipe Band and Allan Smith the Scottish Borders Novice juvenile
Pipe Band mentoring the kids from Stow, Melrose and Hawick so the two bands were born. Stuart Robison went on to have a very successful
First year winning the World Championships and many other accolade’s  taking the band too grade 3 (b).   2012 brought similar success and within
2 short year Scottish Border Pipe Band had been promoted twice from Grade 4 (B} to grade 3 (A)

Dunbar 2013 has finally arrived the first contest in the R.S.P.B.A calendar after 3 long years of hard practice the all new Hawick Pipe Band was now ready to compete for the first time since 2010 with only three original members leading the way Pipe Major Allan Smith, Pipe Sergeant David Millar and pulled from retirement Drum Sergeant Ian Dalgleish who played away back in the 60s  everyone else in the band are total beginners. 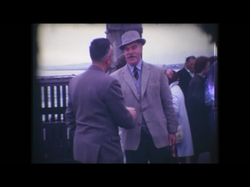 Hawick High School Pipe Band Compete At Broughton High School Edinburgh In The
First Ever Scottish School Pipe Band Contest The Idea Of Music Teacher
Mrs Norman And  Under The Leadership Of 16 Year Old Robert Scott,  From Left To
Right (Robert Scott, Fraser Towers, Halley Brown, Leona Smith, Shannon Armstrong,
Becky Anderson, Robbie Govan, Hannah Inglis, Fraser Lothian.)
Pipe Major Allan Smith Who Was There
On The Day Said The Kids Done Them Self's and Hawick High School Proud With A
Very Solid Performance And With A Little More Practice Could Become A Band To Be
Reckoned With In The Future. 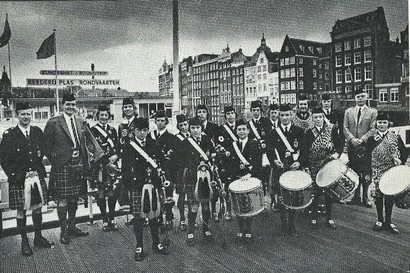 The Hawick Boy's Brigade Pipe Band was founded in 1937 by Pipe -Major Robert Short.Within a year the Band was taking a active part in the life of the town and during the war years took part in every civic and charitable funtion.
In 1946 the Pipe Band undertook its first big engagement with a week in Nottingham and this was followed in 1947 by a ten-day tour of Torquay.   From then on the Band has appeared in every part of thr British Isles, from the Orkney Islands to Devon, and also in Wales and Ireland.  Displays have been given in most European countries and they have appeared on television in Holland, Denmark and Sweden as well as the B.B.C. and I.T.V. A command performance has been given at Holyrood Palace.
For twenty consecutive years the Band was Border Champions and in 1966 Hawick Town Council presented to the band a pipe banner embroidered with the town crest in recognition of the great work done for the town both at home and abroad.
Pipe-Major Short was still in Charge Up and till his Death in July 1987. 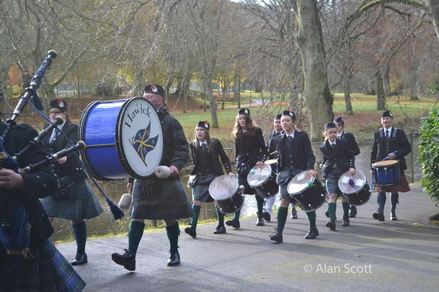 As the years progressed in respect of The Hawick Boys Brigade Pipe Band there was a wish to retain the skills of boys who had become too old for the brigade but who had a strong interest in continuing as playing members.


Sadly with over 50 year service to the Band Roderick Passed away Suddenly on Dec 12  2010 a great shock to all who knew him.